Falling in Love with Her Words

The middle of September and I have finally found my way back here.

A business mentor of mine with whom I recently reconnected when I was surprised by her presence at a friend’s dinner party in Kelowna  a few weeks ago expressed glee at the mention of my chosen respite from blogging this summer. She shared how happy she felt that many of her friends were taking blog breaks too!. Alas it was those glorious summer-dress days, bright mornings in the garden, late afternoon swims in the lake and home-grown dinners with friends that kept me from the keyboard. Somehow I managed to get two book chapters written and sent off in between gardening and playing, as well as some further brainstorming toward the unfolding plan for my work. But that was it. I wanted no more of the indoors, nor the insularity of my 2-d laptop.

Now fall has arrived and I have returned. It’s a funny feeling being back. I feel excited and nervous. What will I say and who will read this? Will I find more readers for this young blog o’ mine, and how will I interlink it with the other web-based projects I am currently dreaming into.

Let’s fill you in a little. I did something wonderfully serendipitous this summer. On one of those particularly  warm weather days that finally came along after much anticipation, I donned one of my favourite summer dresses and was feeling so sensual and beautiful that I decided to shoot some self-portraits out on the deck.

I played with the angles and the light that was so lovely. I wasn’t sure what was going to come of any of it. I started playing with these kinds of portraits a few years ago during my PhD studies. I was curious about how I saw myself and how the camera showed me. I have since read and realized that the self-portrait is a genre of art, begun hundreds of years ago with painting. Many of us are now familiar with the painted self-portraits of Frida Kahlo, Van Gogh and those done by photographers Cindy Sherman and Robert Mapplethorpe.

According to wikipedia, a self-portrait is a representation of an artist, drawn, painted, photographed, or sculpted by the artist. Although self-portraits have been made by artists since the earliest times, it was not until the the mid 15th century renaissance that artists were identified depicting themselves as either the main subject, or as important characters in their work. It seems it was the advent of better and cheaper mirrors and the panel portrait that made it more accessible for painters, sculptors and printmakers to try. The earliest known panel self-portrait is Portrait of a Man in a Turban by Jan Van Eyck, 1433.

As you can see I was as curious about the lines and drape of the dress itself as I was with my own image inside it.

As I looked at the photos I was taking I imagined that some of them would make a great cd cover, a dream I have been secretly harbouring for a long time. I then made an incredible discovery. I had a cd, have a cd that is ready to be produced. Really?!!! Yes, over the past five or so years I have been spending periods of time inside a recording studio on Salt Spring, laying my poems down on tracks.

I opened my laptop and had a listen to the poems as they were last mastered onto a cd and transferred to my itunes. Voila! They sounded fantastic, the sound levels were all even, and there were enough of them to make it a full audio cd. Incredible! I remembered that we had actually finished the project the year before, or was it two years. But I had been so preoccupied by my PhD research and thesis writing that I had just left it alone. At that time I had given it to two women friends to have a listen and the feedback was okay, but I was also nervous, as I almost always am, about what others would think. So I put the project away.

Now all of a sudden, inspired initially by the heat of the day and the feel of the dress on my body, I was face to face, so to speak, with this project again, and there was nothing to stop me from pursuing it and bringing this life-long dream to fulfillment.

That was a few months ago. Now here it is the middle of September and I have an artist-friend who is using one or two of these images as well as some of my farm photos to create the cd box and insert. I have a quote from a manufacturer, a title for the cd and even a website address reserved for it.

Although I am still a couple of months away from the launch, I am excited to be making this happen. I have spent many hours at Allowed Sound Studio with Ramesh Meyers, recoding and rerecording various versions of the poems. We added some music, and some layering to several of the poems. It was a delicious creative process that I loved every minute of. I played with improvisation, and tone, rhythm and emotion. A dream, I repeat, to do all this with my poems.

Although it is what I have done naturally for the past 15 years when performing my poems in book stores, cafes, school and universities, at retreat centres and conference halls. I love to share them aloud. I love the taste of the words on my tongue, the feeling in the body when I move them out of me, and the connection with a live audience, those faces and bodies resonating with the words as I speak them. In between the poems there are also stories I tell, preludes to the poems, in which I share the inspiration for the poem, the place where I was when I wrote it, or how the subject continues to affect me.

So I am preparing to go “on tour” again, something I haven’t done since the late 90’s, when I was promoting my first book of poetry, Womb: Weaving of My Being. I took it across the country then, appearing in several Chapters stores, as well as at some independent book stores, and at community festivals too! I was with my ex-partner then, who played musical accompaniment to all of my poems. Now I am going it solo.

So I’m not sure what the tour will look like? If any of you have ideas about places I could perform my poems in your city, please let me know. And tell your friends about it, when the time comes and I am appearing at a cafe or book store near you!!

There is a vulnerability to putting myself out there like this. I remember it from the last time. Although I adore the experience of performing, my poems are always personal, as much as they may speak to others. So it’s an exciting and trepidatious journey I’m now embarking on. I will appreciate your support and encouragement along the way.

All of us are artists, whether we are creating poems, songs, clay pots or photographs, children or the next trajectory of our lives. And as precious and exhilarating as it is to put our hands and minds and hearts into our creative work, it is also scary and wildly unknown at times. Support in many shapes, forms, and bodies, is so necessary.

Are you a writer wanting support to free your unique expression? I'd love to hear from you. Contact me to book a one-on-one session by phone, Skype, or in person. 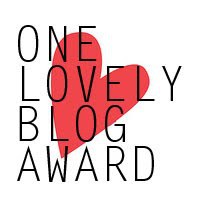